BACKGROUND: Emma Coronel had her Mexican bank accounts frozen since 2015; she has been living on cash

Emma Coronel Aispuro, the wife of Joaquin ‘El Chapo’ Guzman, does not have access to the Mexican financial system since 2015.

That year, the Financial Intelligence Unit (UIF) blocked her personal bank accounts, of her known relatives, and companies under her name when they detected that they had ties to the Sinaloa Cartel’s laundering network. Coronel has been living in cash for over 5 years.

The head of the UIF, Santiago Nieto, confirmed to reporters this week that Coronel has not been permitted in the financial system since then. The UIF clarified that they have not issued any formal charges against her but did confirm that there are investigations underway.

These anti-money laundering actions are part of an initiative from the UIF to combat drug cartel financials. The UIF believes that such actions will disrupt the operations of the Sinaloa Cartel and limit its ability to pay its members and bribe government officials.

In 2019, the UIF froze nearly MXN$1 billion (US$41 million) in assets from various drug cartels in Mexico. At least 330 bank accounts owned or controlled by the Sinaloa Cartel were frozen last year. Many of them were owned by Coronel. 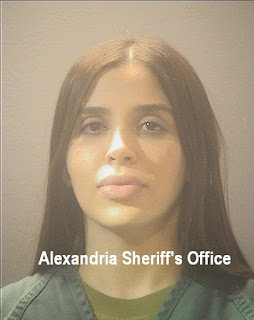 This entry was posted by admin on February 28, 2021 at 10:54 pm, and is filed under EVIDENCE. Follow any responses to this post through RSS 2.0. Both comments and pings are currently closed.