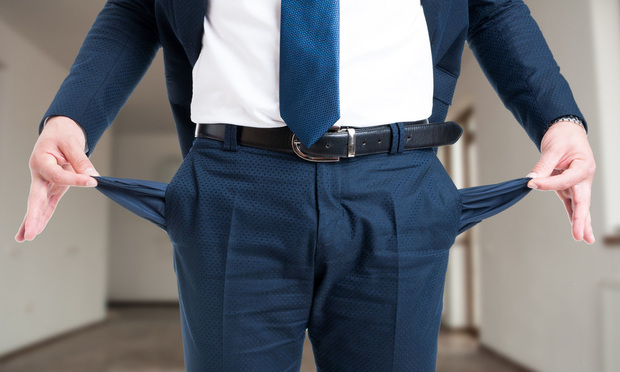 A disbarred Orange County attorney was sentenced to a year in federal prison for his part in a high-yield bank fraud scheme that cost 18 victims about $5 million.

Bruce Haglund, 66, of Irvine, was sentenced Friday by U.S. District Judge David O. Carter, who also ordered the defendant to pay about $6 million in restitution, according to Ciaran McEvoy of the U.S. Attorney’s Office.

Haglund sold his house for about $1.5 million, netting about $400,000 in equity for the government as part of his restitution

“He’s completely divested himself of everything to try to make amends,” said Haglund’s attorney, Dyke Huish.

Prosecutors had recommended that Haglund be sentenced to two years and three months in federal prison. In February 2018, Carter indicated he was considering a term of 18 to 27 months.

But Carter was moved by how much Haglund has done to pay back the victims, Huish said.

Haglund, who was disbarred in July 2017, did not realize initially that his role in the scheme was illegal, according to Huish.

“But when the water was boiling, he didn’t get out,” Huish told Carter at a hearing last year. “His mistake, his crime was he should have said no … He should have known better.”

Haglund pleaded guilty to aiding and abetting wire fraud in April 2016 and testified against co-defendant Mark Gelazela of Marina del Rey, who was convicted in September 2016 and sentenced to 41 months in prison.

Gelazela’s victims were told they were investing money that would be spent on leasing and monetizing bank guarantees. Investors were told that upon leasing the bank instruments, a credit line would be drawn that would be used for trading that would lead to big profits. Instead, Gelazela and his co-conspirators spent most of the money on themselves, and some investors were paid off to keep the scheme going, prosecutors said.

An Orange County attorney who helped con more than $5 million from duped investors and awaits a sentencing hearing is seeking bankruptcy inside the Ronald Reagan Federal Courthouse in Santa Ana.

In his Chapter 7 filing, Irvine’s Bruce Haglund claims he owns assets worth between $1 and $1o million but owes between $10 million and $50 million, according to court records.

Federal prosecutors say that from at least 2009 to 2012 Haglund and his co-conspirators–Francis Wilde III, Steven Woods and Mark Gelazela–operated a Ponzi scheme by deceitfully promising investors exorbitantly high-yield rates of return, secretly spending the money on themselves and using newer collected funds to make symbolic payouts that temporarily gave the false impression of an aboveboard arrangement.

When the swindlers didn’t back up their promises, they gave “fictitious and misleading explanations as to why the victims’ payments were delayed,” according to a 2015 federal grand jury indictment.

The scam cheated at least 18 individuals from “California to Colorado, Alabama to Florida, Pennsylvania and beyond,” law enforcement investigators determined.

Haglund, who has lived in a $1.6 million Irvine home, won postponement of his sentencing since 2016, largely because he has been assisting his seriously ill wife.

Haglund’s legal counsel claims his client didn’t realize he was participating in financial crimes  but now regrets his conduct.

SANTA ANA, California – Two California men have been sentenced to multi-year federal prison terms after being convicted of federal wire fraud charges for participating in a “high-yield prime bank” scam that stole more than $5 million from victims across the nation who were promised huge returns on investments, purportedly with little or no risk.

Francis Wilde, 66, of Mountain View, who was the chief executive officer of Riptide Worldwide Inc. and the owner of Matrix Holdings, LLC, was sentenced yesterday to 51 months in prison and was ordered to pay nearly $6.2 million in restitution. Wilde, who was the leader of the scheme, was actively involved in more than two dozen deals with investors, he admitted in court.

Mark Gelazela, who was also known as Mark Zella, 44, of Marina Del Rey, who operated IDLYC Holdings Trust, was sentenced yesterday to 41 months in prison.

Both defendants were sentenced by United States District Judge David O. Carter, who scheduled a December 11 restitution hearing for Gelazela

Wilde and Gelazela lured victims to invest in their scheme by falsely promising astronomical returns. They told investors that their money would be used to lease and monetize “bank guarantees” overseas. After leasing the bank instruments, credit lines would be drawn from the instruments and those funds would be used for trading, leading to extraordinary profits, they told victims.

Once money came in from investors, Wilde and Gelazela almost immediately split the money to pay themselves and their co-conspirators. In at least one case, Gelazela took half of an investor’s funds as an undisclosed fee, and told Wilde to “play” with $50,000 of the investor’s money. In other cases, money from new victims was used to pay off earlier investors to keep the scheme running. When victims began inquiring about the status of payouts under the program and then began seeking the return of their money, Gelazela lulled them with falsehoods and took steps to conceal the fraud.

As part of the scheme, Wilde and Gelazela falsely represented that Gelazela was an international finance guru – while in reality Gelazela had zero success with leasing and monetizing bank guarantees, and his research consisted of “Google.” Wilde and Gelazela also lied about how investors’ money would be used, made excuses for delays in payment, and urged victims to avoid cooperating with investigators.

“Over months – and time and again – [Gelazela] lied to victims about the status of payouts under the program,” prosecutors wrote in a sentencing memorandum. “Even though defendant knew full well that he had taken part of their money without telling them, that there was no money left in the attorney escrow account, and that there was nothing to recommend the program, defendant repeatedly told investors that payouts were right around the corner. That is to say, defendant repeatedly lifted and crushed his victims’ spirits.”

The evidence presented at trial showed that Gelazela brought 18 victims into the scheme with false promises of huge returns on their investments. Wilde admitted being involved with approximately 20 victims.

A third defendant in the case – attorney Bruce Haglund, 66, of Irvine, who acted as an escrow “paymaster” in deals made by his co-defendants – is scheduled to be sentenced by Judge Carter on February 12. Prosecutors argued in court documents that Haglund’s role provided “an air of legitimacy and safety” because victims sent their money to his attorney trust account. As a result of pleading guilty to one count of wire fraud, Haglund faces a statutory maximum sentence of 20 years in prison.

The case is being prosecuted by Assistant United States Attorney Daniel H. Ahn of the Santa Ana Branch Office.

SANTA ANA, California – A Marina Del Rey man has been found guilty of federal fraud charges for participating in a “high-yield prime bank” scam by bringing in approximately $5 million from victims who were promised huge returns on investments, purportedly with little or no risk.

Mark Gelazela, who was also known as Mark Zella, 43, of Marina Del Rey, who operated IDLYC Holdings Trust, was found guilty yesterday afternoon by a federal jury of two counts of wire fraud related to the scheme.

Gelazela lured victims to invest in a scheme that claimed to be using money to lease and monetize bank guarantees.  According to Gelazela, once the bank instruments were leased, a credit line would be drawn from the instruments that would then be used for trading, leading to extraordinary profits.

Once money came in from investors, Gelazela and his co-conspirators almost immediately used the money to pay themselves. In some cases, money from new victims was used to pay off older investors to keep the scheme running.  When victims began inquiring about the status of payouts under the program and then began seeking the return of their capital, Gelazela lulled them with falsehoods and took steps to conceal the fraud.

The evidence presented at trial showed that Gelazela brought 18 victims into the scheme with false promises of astronomical returns on their investments.

“The victims in this case suffered losses of approximately $5 million after the defendant convinced them to invest with a series of lies,” said United States Attorney Eileen M. Decker. “This scheme was based on extravagant promises of high returns, which underscores the importance of exercising extreme caution when a deal sounds too good to be true.”

“Mr. Gelazela and his co-defendants solicited victims by claiming to be an international finance guru, only to lie about how investors’ money would be used, make excuses for delays in payment and convince victims to avoid cooperating with investigators,” said Deirdre Fike, the Assistant Director in Charge of the FBI’s Los Angeles Field Office. “As is typical of Ponzi schemes, investors did not receive returns on their investments.”

Previously in this case, a co-defendant who participated in the scheme pleaded guilty. Francis Wilde, 65, of Mountain View, California, who was the chief executive officer of Riptide Worldwide Inc. and the owner of Matrix Holdings, LLC, pleaded guilty in May to wire fraud and admitted that he was involved in 26 deals that cost victims more than $6.3 million. Judge Carter is scheduled to sentence Wilde on December 5, at which time he faces a statutory maximum sentence of 20 years in federal prison.

Charges against two other defendants named in a grand jury indictment are still pending. Those defendants are Steven Woods, a 55-year-old Missouri man, who operated company called BMW Majestic, and attorney Bruce Haglund, a 65-year-old Irvine resident, who acted as an escrow “paymaster” in deals made by his co-defendants.

“Financial fraud schemes are often described as a house of cards. The underlying structure can fall apart at any time and expose the individuals responsible,” stated IRS Criminal Investigation’s Acting Special Agent in Charge Anthony J. Orlando. “IRS Criminal Investigation is proud to bring our forensic accounting skills to this joint investigation and help put a stop to this and other types of white collar crime.”

This case was investigated by the Federal Bureau of Investigation and IRS Criminal Investigation. The case is being prosecuted by Assistant United States Attorney Daniel H. Ahn of the Santa Ana Branch Office.

This entry was posted by admin on June 10, 2019 at 11:59 am, and is filed under EVIDENCE. Follow any responses to this post through RSS 2.0. Both comments and pings are currently closed.