ABOVE + BELOW – Alexei Sherstobitov (aka: Lyosha the Soldier) 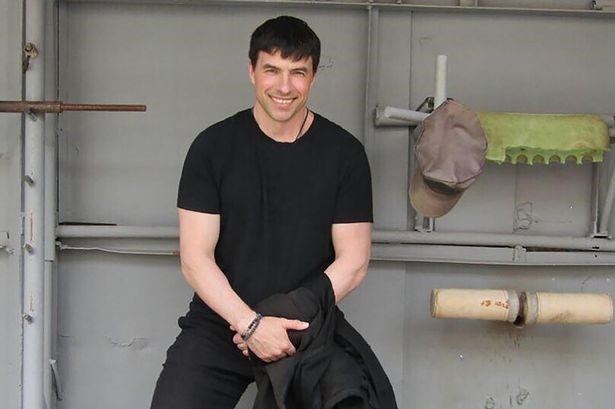 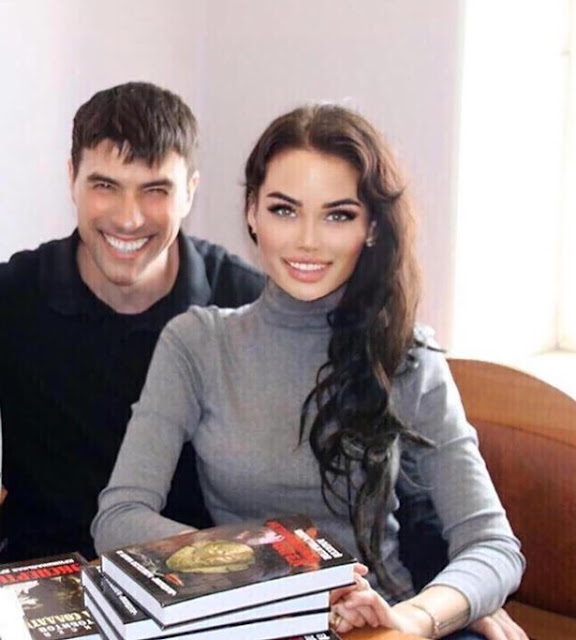 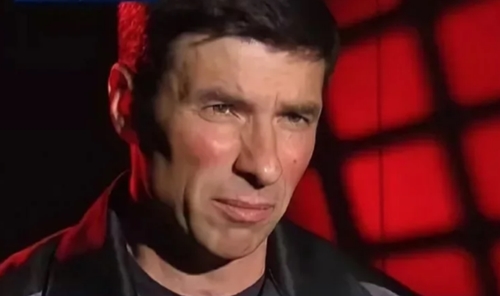 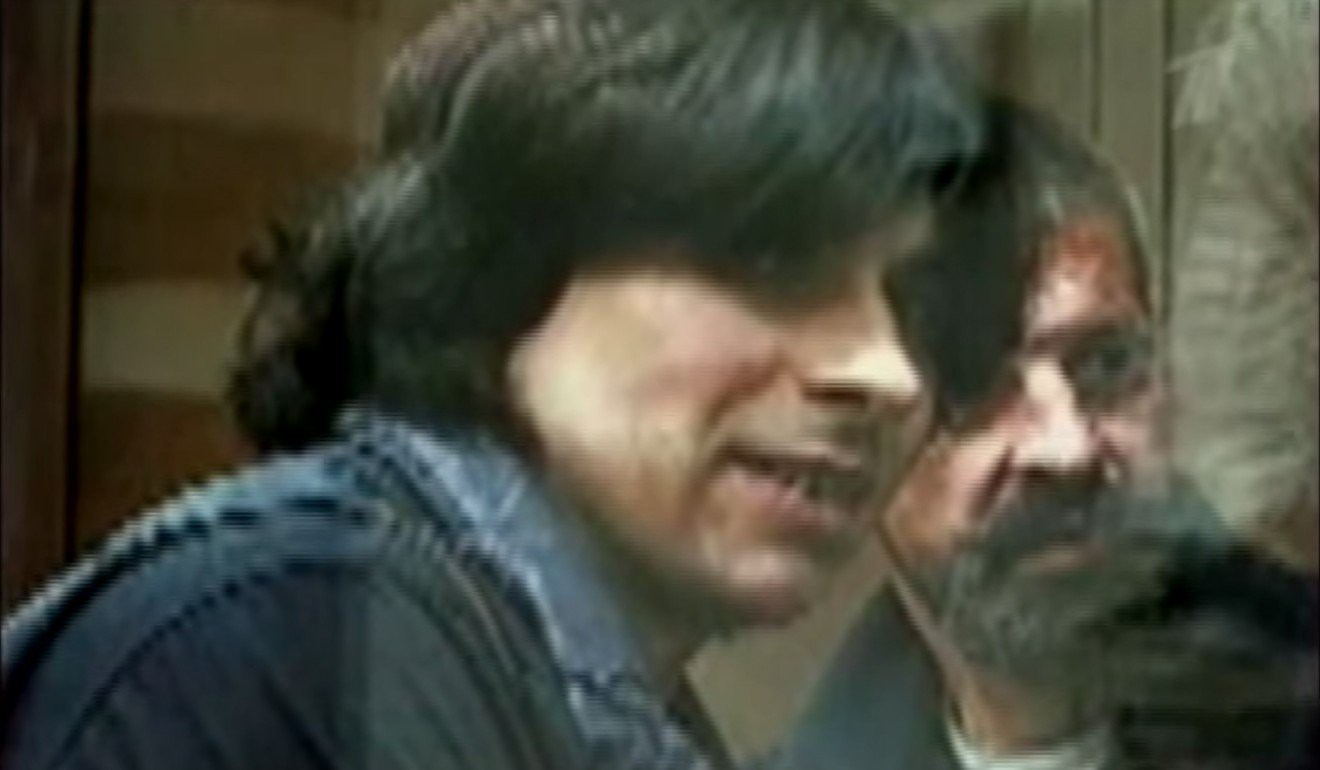 Alexei the Soldier’s weapon of choice was an anti-tank rocket, he took a contract on his first boss, and claims he was hired to eliminate Boris Berezovsky. Betrayed by love, he’s forged a remarkable new career behind bars and written his life story.

“There were many others like me once, but they are all lying buried in the woods somewhere, all over Russia,” Alexei Sherstobitov told Russian state television a few years ago from a prison cell, where the former hitman is serving a 23-year sentence.

Sherstobitov, known as Alexei the Soldier, has described how he escaped their fate, and the events leading up to his capture, in a three-volume autobiography in Russian, Liquidator: Confessions of a Professional Assassin, the latest instalment of which was published this year.

His life as a hitman begins after the December 1991 collapse of the Soviet Union, when organised crime began to spiral out of control in Russia. Gangs, often led by former military officers or KGB operatives, shook down every sphere of business for protection money, and tortured and murdered with impunity those entrepreneurs who resisted.

The gangs – known as OPGs, or organised criminal groups – quickly carved up the former USSR between them, and vicious turf wars ensued. Shoot-outs with automatic weapons were common, but specialised work such as taking out a rival boss was done by lone assassins, and Sherstobitov earned a reputation for being the most effective.

So elusive and expert was he that the Moscow police were convinced the trail of corpses left behind by Sherstobitov had to be the work of several people.

He claims he was recruited through trickery. Like many a 1990s Russian gangster, he had seen his dream of a military career destroyed by the realities of a bankrupt and demoralised Soviet army. He left the army as a junior officer in 1992, and struggled to feed his young family.

Before long he found himself doing odd jobs for the gangsters who ran the gym he frequented, and seeing that he was broke they set a trap: a consignment of weapons that Sherstobitov was paid to transport supposedly went missing and he was held responsible for the loss.

The boss, former KGB officer Grigory Gusyatinsky, made it clear he knew where Sherstobitov’s family lived, and that he could settle the debt by eliminating a rival gangster nicknamed Eagle Owl. Sherstobitov was happy to accept the assignment.

He went after his prey with an RPG-18 – a portable anti-tank rocket launcher – for maximum effect, but as luck would have it, the rocket entered the rear window of Eagle Owl’s Mercedes-Benz and exited through the windscreen, exploding some distance away. Eagle Owl escaped with the loss of several fingers.

Although the target survived, Sherstobitov had found his calling, and his weapon of choice sent a statement to rival gangs. Impressed by his flair, Gusyatinsky offered him full-time “employment” on a fixed salary.

Sherstobitov, who claims he was paid no more than US$5,000 a month, cultivates an image as an honourable, samurai-like figure who slayed only “those who did not deserve to live”, and he enjoys considerable sympathy among the Russian public.

An incident that is supposed to attest to his chivalry is the 1999 murder of Otari Kvantrishvili, a prominent Georgian businessman, in Moscow. When Sherstobitov shot Kvantrishvili with a sniper’s rifle, the Georgian’s bodyguard shielded his mortally wounded boss with his own body, even though he would have expected the assassin to finish the job. Sherstobitov apparently held his fire, sparing the bodyguard’s life.

During his trial in 2008, the jury took this into account, and somehow glossed over the fact that innocent bystanders were killed when Sherstobitov’s plans went awry – including a nine-year-old girl who died in a car bombing he arranged.

In interviews he boasts that he was contracted to eliminate Boris Berezovsky. Once Russia’s richest man, the controversial oligarch sought political asylum in Britain, where he took his own life in 2016. Sherstobitov claims the order not to kill Berezovsky came just as he was about to pull the trigger.

What set “Alexei the Soldier” apart from other Russian assassins of the 1990s, and allowed him to remain at liberty for so long, was his intelligence, attention to detail, immense patience and exceptional ruthlessness.

Only the top gang leaders knew what Sherstobitov looked like. He would attend mafia “meetings” only in heavy disguise, and had more than a dozen passports in different names. He welcomed the opportunity to kill anyone who knew him, and carried out a contract to eliminate his first boss, Gusyatinsky.

“If I had not killed them, someone else would have,” he said in a TV interview, referring to people he killed with whom he was once close.

When the “wild nineties” began to wind down, the once all-powerful OPGs were crushed one by one by Russian law enforcement, and Sherstobitov knew it was time to don his final disguise.

While former peers were being extradited from traditional Russian mafia hideaways such as Spain and Greece, Alexei the Soldier became Alexei the Plasterer in a humble village outside Moscow. The bogeyman vanished and was soon forgotten. After all, police had not even been convinced that Alexei the Soldier existed.

When he was eventually brought to justice, it was not by a brilliant stroke of detective work or a lucky bullet but, according to one account, by the love for a woman. In 1995 Sherstobitov had become smitten with Irina, a 17-year-old beauty. Although she initially rejected his advances, he courted her doggedly until she gave in. It was a noisy affair, though, and threatened to blow his cover, and thereby endanger Irina, so Sherstobitov called it off and disappeared.

Two years later he resurfaced, apparently unable to stay away from Irina any longer. He discovered, however, that his former lover was engaged to one of the top Russian OPG leaders, Andrei Koligov. Their passions were rekindled and Irina called off the wedding. Sherstobitov whisked her off on a fake passport to the Canary Islands.

Enraged, Koligov, one of the few people who knew Sherstobitov’s true identity, vowed to kill them both.

Eight years later the couple returned to Russia and Irina dutifully followed her man into rural exile. Sherstobitov worked on his plastering business while Irina earned money modelling for magazines and catalogues. Although she was aware that Sherstobitov had not always stayed on the right side of the law, she had no idea her plasterer husband was once Russia’s most feared assassin.

The idyll was broken in 2005 by chance. Koligov, now incarcerated, chanced upon a photo of Irina modelling in a magazine. In a fit of jealousy the gangster spilled the beans, telling the authorities: “Find her, and you will find Alexei the Soldier.”

Finding Irina was easy, and in 2006 Sherstobitov was arrested while visiting his father in hospital. Following his 2008 trial in Moscow, he was found guilty of 14 murders and sentenced to 23 years in jail. Irina soon divorced him, but Sherstobitov was not finished. Two years ago he married Marina, a psychiatrist with model looks.

He has forged a remarkable career from behind bars, becoming a public figure – prolific author, consultant on organised crime, and even life coach.

His rise to respectability began in 2014 when he penned the first volume of his autobiography, which became an instant bestseller. Now Sherstobitov has his own Facebook page, where captions about self-improvement, such as “life is about getting knocked down seven times and getting up eight times” annotate photographs of him in prison uniform, a smile on his face.

The Russian soccer team’s win over Spain in the recent World Cup is also there, with the hashtags “writer”, “alexeithesoldier” and “worldcupquarterfinal” in Russian.

Sherstobitov also has a personal website where he promotes his books and songs, and offers tips from “the legend of the criminal underworld” for those who “find themselves in a challenging existential situation”.

The attention that is lavished upon Sherstobitov by Russian state media is remarkable. His 2016 wedding behind bars was covered by state television, the “repentant” killer and his bride posing in US Prohibition-era gangster suits for their wedding photos.

Moreover, despite his conviction for more than a dozen murders, he was not stripped of the decoration for bravery he earned as a Soviet army officer for apprehending a dangerous criminal while serving with Ministry of the Interior troops – and Russian media seek “professional opinion” from the convicted killer.

Murder, however, is not a word Sherstobitov likes to use. He prefers “liquidation”.

This entry was posted by admin on August 31, 2018 at 6:26 pm, and is filed under EVIDENCE. Follow any responses to this post through RSS 2.0. Both comments and pings are currently closed.