ABOVE + BELOW – Sergei (Sergey) Yurievich Polonsky is a Russian businessman. Polonsky is the owner and head of one of the largest real estate companies, Mirax Group. He was one of the richest men in Russia before the late-2000s financial crisis. 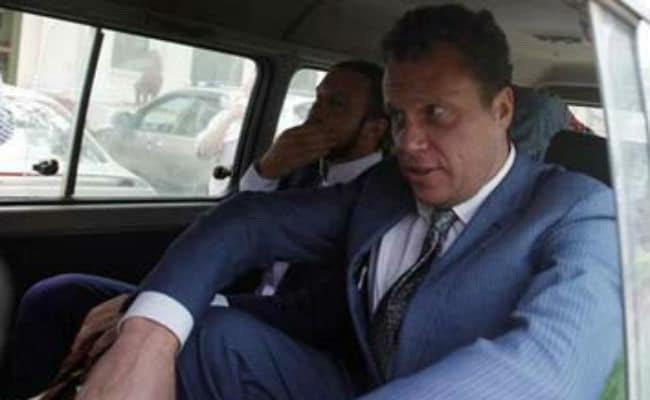 According to the comment of lawyer Slavik Brsoyan to Moscow City News Agency, the claims were declared within civil actions in connection with criminal case of Polonsky.

Brsoyan noted that part of the victims had already received money within the voluntary settlement of structural division of Miraks Group, which was earlier under control of Polonsky, with CJSC FTsSR.

According to approval of the voluntary settlement, only CJSC FTsSR is obliged to fulfill obligations to citizens investors, while Miraks Group is not, for this it abandoned the claim of 2.1 billion rubles from CJSC FTsSR

BACKGROUND: Polonsky got out of courtroom, but left in jail

The Moscow City Court extended the detention of the businessman Sergey Polonsky, accused of the large-scale swindling committed by an organized group.

The court dismissed the Polonsky defense’s appeal on a change the measure of restraint to the businessman on house arrest and, on the contrary, granted the request of the investigation to extend Polonsky’s detention until 10 November.

It should be noted that the defendant in the course of the hearing was got out from the courtroom for improper behavior and a direct contempt by the judge Sergey Gruzdev. In particular, Polonsky said that he “does not want to participate in this circus”, after that the convoy brought him out of the courtroom.

On October 14 the investigation consequently changed Polonsky’s article to more grave one, qualified his act as the crime committed as part of a criminal group.

The businessman is accused of defrauding shareholders in the construction of a number of residential complexes in Moscow. The amount of damage, according to investigators, estimated to more than 2.5 billion rubles. Polonsky denies his guilt.

This entry was posted by admin on November 30, 2016 at 3:32 pm, and is filed under EVIDENCE. Follow any responses to this post through RSS 2.0. Both comments and pings are currently closed.