SINGAPORE: NIGERIAN (Amos Paul Gabriel) 2019 SENTENCED TO 3 YEARS IN SINGAPORE PRISON FOR INTERNATIONAL MONEY LAUNDERING, charged for committing fraud against a man while in Changi Prison, + 1 of his criminal weapons – the frequent smile 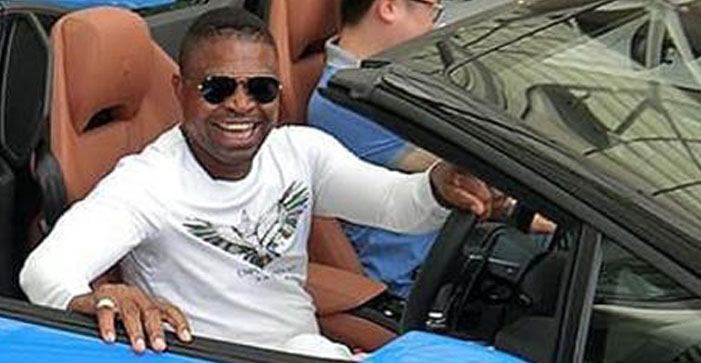 ABOVE + BELOW – Amos Paul Gabriel SINGAPORE: A Nigerian man who was jailed two months ago over a scheme to swindle Citibank in New York City was charged in court on Wednesday (Jul 31) for a fresh offence of cheating.

Amos Paul Gabriel, 48, was charged via video-link for cheating a person named Milled Ed Khouri, who was at Changi Prison Complex between January and May last year with Amos.

He is accused of deceiving the victim into delivering AUD40,000 (S$37,745) to another person by telling him the money would be used to post bail for him.

Amos is currently serving a three-year jail term meted out on May 16 for money laundering and traffic offences.

He was involved in a broader money-laundering scheme involving transfers of about US$27.2 million to accounts in the United States, Australia, Japan, China, Hong Kong and Korea.

District Judge Terence Tay asked Amos on Wednesday via video-link how he intends to plead.

“I’m not pleading any charge,” Amos replied. “I think I need to talk to my lawyer. I have a lawyer but I’m not aware of this case. I only received the information last night that I’m coming to court.”

“You should be aware by now,” answered the judge. “Because you are now in court, there are a lot of people here looking at you.”

He granted Amos an adjournment to speak to a lawyer. He will return to court on Aug 28.

If convicted of cheating, he faces up to 10 years’ jail and a fine.

This entry was posted by admin on July 31, 2019 at 10:29 am, and is filed under EVIDENCE. Follow any responses to this post through RSS 2.0. Both comments and pings are currently closed.