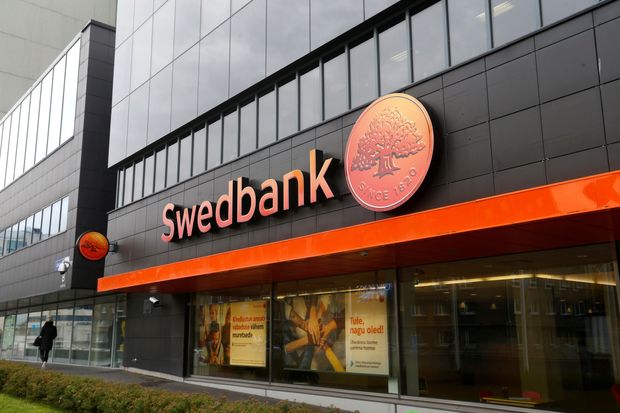 “Swedbank AB has had serious deficiencies in its management of the risk of money laundering in its Baltic operations,” Finansinspektionen (FI) said in a statement.

As a result, Swedbank was given a warning and a fine of four billion Swedish kronor (361 million euros).

The decision came after parallel investigations by Swedish and Estonian financial authorities.

“Despite several internal and external reports warning about deficiencies in the Baltic subsidiaries and the risk of money laundering, the bank did not take proper and sufficient action,” FI said.

A separate criminal investigation in Estonia would now determine “whether money laundering or other criminal acts have taken place”.

The fine is the latest turn in a scandal sparked by suspected money laundering through Baltic, and specifically Estonian, subsidiaries of several Scandinavian banks.

Danske Bank was the first to become ensnared in the scandal and its then chief executive Thomas Borgen resigned in September 2018 after the Danish lender admitted that a large part of transactions worth some $235 billion that had transited its Estonian branch between 2007 and 2015 were “suspicious”.

A Swedish documentary broadcast in February 2019 alleged that at least 40 billion kronor of suspicious transactions had been channelled to Baltic countries from Swedbank accounts.

In the wake of the revelations, the bank sacked its CEO and its chairman resigned.

Finnish bank Nordea and Sweden’s SEB have also been implicated in the scandal.

This entry was posted by admin on March 20, 2020 at 10:15 am, and is filed under EVIDENCE. Follow any responses to this post through RSS 2.0. Both comments and pings are currently closed.