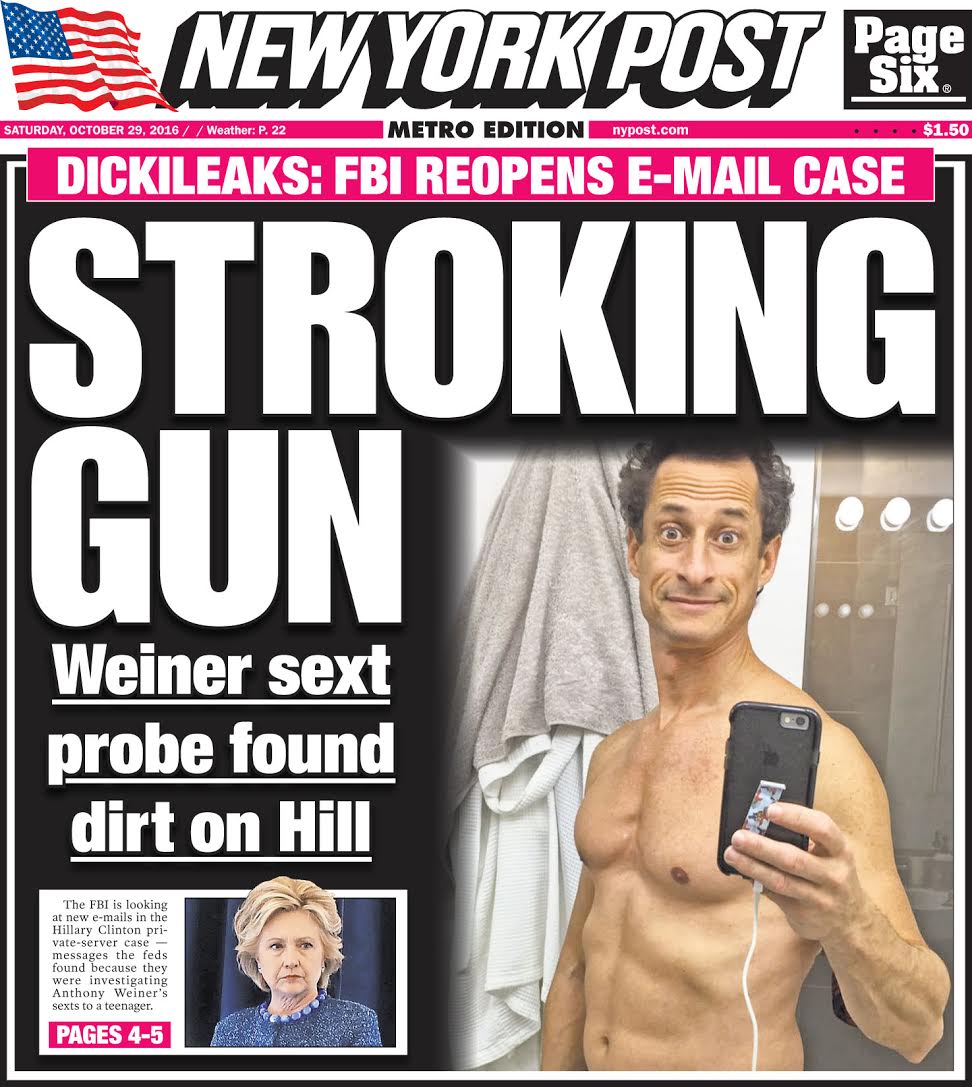 The FBI said Friday it discovered new emails “that appear to be pertinent” to the probe into Clinton’s use of a private email server while she was secretary of state. The emails referenced in a letter from FBI Director James Comey to congressional leaders, according to officials, came from an investigation into former Rep. Anthony Weiner’s sexting scandal.

The Post wasted little time in putting the eye-popping cover together, which included “DICKILEAKS” and “STROKING GUN” puns.

This entry was posted by admin on October 29, 2016 at 3:33 pm, and is filed under EVIDENCE. Follow any responses to this post through RSS 2.0. Both comments and pings are currently closed.