« COLOMBIA FIRM TO DITCH BOARD MEMBER INDICTED BY USA DOJ IN $1.2B VENEZUELA MONEY LAUNDERING NETWORK, who is called a professional money launderer
MARIA BUTINA: ACCUSED RUSSIAN AGENT HAD ABOUT $300K IN TRANSACTIONS flagged as suspicious by her bank – Wells Fargo » ABOVE + BELOW – Freddy David 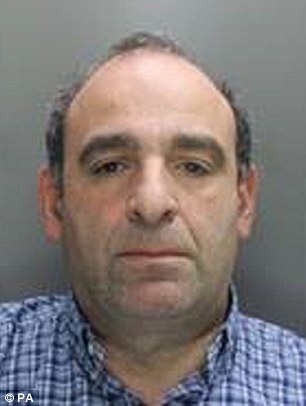 A financial advisor stole nearly £15 million from wealthy clients to fund his gambling addiction and pay his children’s school fees, a court has heard.

Freddy David, 49, used his good standing within the north London Jewish community as managing director of HBFS Wealth Management to sell his victims a fake investment opportunity linked to “an imaginary Bank of Scotland account”.

He then transferred the large sums invested into his own bank account, using the cash to set up a restaurant called Let’s Meat, make mortgage and school fees payments, visit Greece and Israel and feed his long-standing gambling addiction.

He handed his clients a fake certificate, which falsely stated that their investments had been made.

David, who is married to a director to Conservative Party Policy Forum, was jailed for six years after pleading guilty to fraud by abuse of position and obtaining a money transfer by deception at Southwark Crown Court.

The court heard how David’s actions over ten years, which had “the flavour of a Ponzi scheme“, left some of his victims feeling suicidal, while others suffered sleepless nights as one described her ordeal as “financial and emotional rape”.

Around £4 million of stolen money was used to pay back some of his 55, mostly elderly, victims, many of whom were friends. Jonathan Polnay, prosecuting, described it as “robbing Peter to pay Paul”.

One victim told in an impact statement how the thought of facing David in court stopped him from taking his own life after he lost £300,000 worth of life savings.

Leon Winsky, a pensioner, said: “Just as I was about to jump in front of a train, I thought I would deny myself the chance to tell Freddy David in court what he had done to my family.

“The money was going towards buying a flat for our special needs son. This will no longer be the case.”

Another victim, Shiri Koren, said her father, a 70-year-old living with multiple sclerosis, can no longer afford the care he needs after being defrauded by David and once suggested that he “did not want to be in this world anymore” following the scam.

“We are now scarred, faithless,” she said.

Andrew Trollop QC, defending, said David had lost £11million on gambling over the last 14 years in more than 10,000 transactions.

After his arrest, David told police: “I am public enemy number one in the Jewish community and understandably so, I have very very few friends left and I understand why.”

Judge Deborah Taylor told him: “You took advantage of your reputation within the community.

“This was a fraud of the utmost gravity with a devastating effect on others.

“Your criminality has caused not only loss financially but despair to many.

“This was a blatant and continued abuse of trust. There was an element of sophisticated planning and the fraudulent activity was carried out over a long period of time.”

Det Insp Mark Forster said David’s sentence should act as a warning to others who might think they can get away with such scams.

“The fraud had been going on for in excess of ten year and we were surprised that it wasn’t picked up but Freddy David was very good at hiding it,” he said.

David, from Borehamwood, Herts, was also banned from acting as a company director for 10 years.

This entry was posted by admin on July 31, 2018 at 11:55 pm, and is filed under EVIDENCE. Follow any responses to this post through RSS 2.0. Both comments and pings are currently closed.