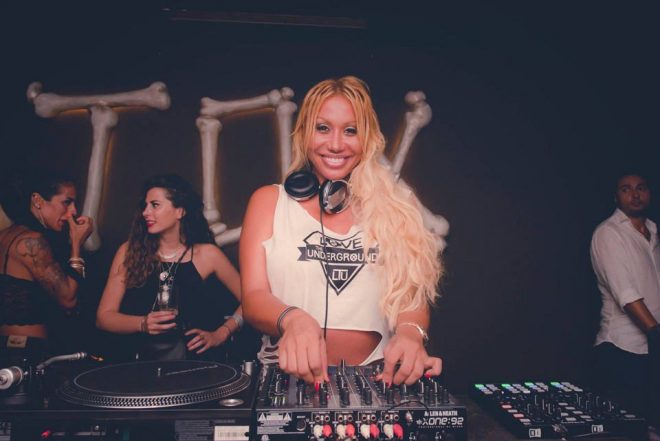 ABOVE + BELOW – Izzat Khanim Javadova (aka: Mikaela)

Ibiza DJ Mikaela has been named alongside her husband in a £14million ‘Dirty Money’ investigation by the National Crime Agency (NCA).

Mikaela, whose real name is Izzat Khanim Javadova, and her husband lost their appeal to remain anonymous in High Court following a two-year challenge by the Evening Standard to publish documents relating to the case.

The couple is alleged to have secured cash flow to their UK bank accounts through a series of offshore shell companies – with money moving in a way that “would not necessarily involve an auditable trail of banking transactions.”

More than £6million of Mikaela and her husband Suleyman Javadov’s assets have been frozen by the NCA.

Mikaela is the daughter of an Azerbaijani oligarch and former MP and the cousin of current President Ilham Aliyev and was granted a UK visa in 2010 due to her significant wealth.

She is the founder of Love The Underground Records an Ibiza-based label specialising in tech-house, techno and minimal, and launched Space’s ‘Onyx’ parties having played alongside the likes of Alan Fitzpatrick, Blawan, Dasha Rush and Karenn.

She told Welcome To Ibiza in 2015: “The first time I came to Ibiza was in June 2012. [It was supposed to be] a two-week vacation, but I think I stayed until October because I fell in love with the island.”

“A forfeiture hearing for these monies will commence on July 5 at Westminster magistrates’ court. No further details will be available until the conclusion of the case.”

The couple denies any money was brought into the country on false pretences and is all legitimate income from the family’s vast property portfolio in Azerbaijan.

This entry was posted by admin on June 30, 2021 at 6:29 am, and is filed under EVIDENCE. Follow any responses to this post through RSS 2.0. Both comments and pings are currently closed.