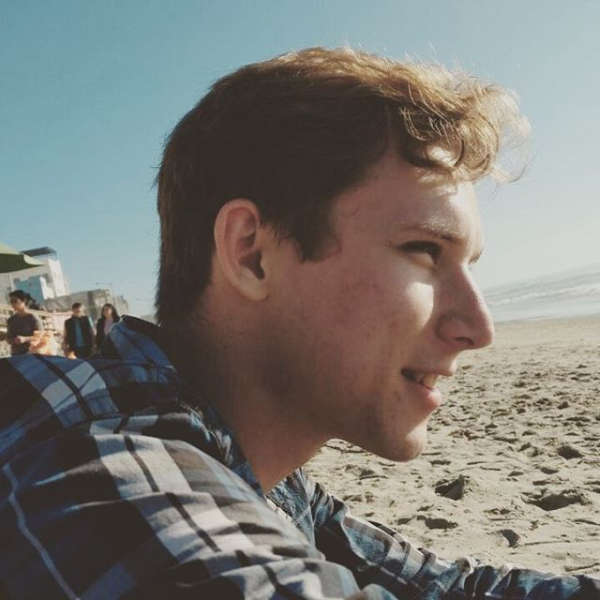 Jacob Burrell Campos, 21, plead guilty in San Diego yesterday to operating an unlicensed money business and agreed to forfeit $823,357.00, according to a news release from the US Attorney’s Office-Southern District of California.

Mr Campos admitted he traded hundreds of thousands of dollars of bitcoins with almost 1000 clients across the US while working as a LocalBitcoins trader between January 2015 and April 2016.

He allegedly advertised on the LocalBitcoins website and would communicate with customers via email and text.

Campos added a flat fee of 5% on top of the “prevailing exchange rate” for bitcoin he traded, and could receive cash at in-person meetings or through ATMs and MoneyGram.

Campos admitted he violated his FinCEN obligations as a money transmitter by failing to perform due diligence on customers, including anti-money laundering and anti-terrrorist financing checks.

In March 2015, Campos allegedly switched to buying Bitcoins on a Hong Kong-based exchange after the American exchange Coinbase closed his account for “suspicious transactions.”

Over the next thirteen months, the Hong Kong exchange allegedly processed $3.29 million Bitcoin trades for Campos.

Campos was charged with international money laundering for allegedly wiring $900 000 to the Hong Kong exchange.

This latest release from the US Department of Justice, however, makes no mention of that charge or what became of it.

As well, prosecutors claimed that Campos, who holds three passports, smuggled an estimated $1 million in cash across the US border with Mexico in $10 000 increments during frequent border crossings.

Campos allegedly traded some of this cash with a San Diego dealer of precious metals.

“Unlicensed money transmitting businesses, especially those operating at or near the border, pose a serious threat to the integrity of the US banking system, and provide an ‘open door’ for criminals to utilize such businesses to launder the proceeds of their illicit activities.”

Campos will be sentenced on February 11, 2019 and could spend up to five years in prison.

SAN DIEGO – Jacob Burrell Campos pled guilty today in federal court to operating an unlicensed money transmitting business, in connection with his sale of hundreds of thousands of dollars in Bitcoin to over 1,000 customers throughout the United States from January 2015 to April of 2016.

According to the terms of his plea agreement, Burrell admitted to operating a Bitcoin exchange without registering with the Financial Crimes Enforcement Network (FinCEN) of the U.S. Department of Treasury, and without implementing the required anti-money laundering safeguards.  According to the plea agreement, Burrell advertised his business on Localbitcoins.com, and communicated with his customers through email and text messages, often using encrypted applications.  He negotiated a commission of 5% above the prevailing exchange rate, and accepted cash in person, through nationwide ATMs, and through MoneyGram.  Burrell admitted that he had no anti-money laundering or “know your customer” program, and performed no due diligence on the source of his customers’ money.

Burrell admitted that, at first, he purchased his supply of Bitcoin through a U.S.-based, regulated exchange, but his account was soon closed because of the large number of suspicious transactions.  He then resorted to a cryptocurrency exchange in Hong Kong, where he purchased a total of $3.29 million in Bitcoin, in hundreds of separate transactions, between March 2015 and April 2017.

Finally, Burrell admitted that he exchanged his U.S. currency, which he kept in Mexico, with Joseph Castillo, a San Diego-based precious metals dealer.  Between late 2016 and early 2018, Burrell and others imported over $1 million in U.S. currency on almost a daily basis.  Burrell admitted that they did this in amounts slightly below the $10,000 reporting requirement.  Castillo pled guilty to making a false statement on his federal tax returns, and is awaiting sentencing on December 13, 2018.

According to his plea agreement, Burrell agreed to forfeit to the United States a total of $823,357.00.

“Unlicensed money transmitting businesses, especially those operating at or near the border, pose a serious threat to the integrity of the US banking system, and provide an ‘open door’ for criminals to utilize such businesses to launder the proceeds of their illicit activities,” said U.S. Attorney Adam Braverman.  “The Department of Justice will continue to investigate and prosecute all individuals and businesses that seek to evade the licensing and anti-money laundering requirements under federal law.”

Burrell will be sentenced on February 11, 2019, and faces a maximum of five years’imprisonment.

A Bitcoin trader resident in Rosarito, Mexico, is now facing charges in the United States relating to his crypto-currency dealings. Jacob Burrell Campos, 21, originally from San Diego, is well-known among the expatriate American online poker community in the Mexican beach resort town. He was detained Aug. 13 at the Otay Mesa entry point as he attempted to cross the border from Mexico to the United States.

According to the authorities, Campos regularly bought and sold Bitcoin for a profit. He purchased the digital coin first from the U.S.-headquartered Coinbase exchange and then, after Coinbase closed his account for failing to verify his identity, from Hong Kong-based Bitfinex.

The indictment against Campos claims that he wired money to Bitfinex on 28 separate occasions for a total of more than $900,000. With this money and additional funds from elsewhere, he supposedly purchased over $3 million in bitcoins in more than 2,600 transactions.

Jacob then sold these coins in exchange for MoneyGram transfers, bank transfers, and cash with allegedly “no questions asked.” Jacob extracted a 5% fee for this service. Law enforcement claims that Jacob Burrell Campos conducted transactions with more than 900 U.S. persons worth in excess of $750,000.

What Did Jacob Do Wrong?

In the eyes of the U.S. government, Jacob’s extensive crypto dealings were of such magnitude that his operations constituted a money-transmitting business. Therefore, he was obliged to register with the Treasury Department and comply with all associated regulations, which he did not do. Notably, he didn’t report any suspicious transactions involving cash as the law requires.

Furthermore, Jacob stands accused of attempting to launder more than $1 million by moving it, a little bit at a time, into the United States with the help of others. Supposedly, he was careful to bring sums less than $10,000 across the border on each crossing so as to avoid the reporting requirements associated with moving more than $10,000 at one time. However, attempting to circumvent the rules by splitting up money movements into smaller sums is known as “structuring” and is itself a crime.

The indictment against Jacob Burrell Campos contains 31 separate counts. They, along with the maximum punishments attached to them, are:

Campos is thus liable for prison sentences of hundreds of years along with fines amounting to $15 million. Criminal forfeiture rules may also mean that he “shall forfeit to the United States of America, pursuant to Title 18, United States Code, Section 982(a) (1), any property, real and personal, involved in such offenses, and any property traceable to such property.”

However, we must note that these are the maximum possible penalties if he’s convicted of every charge against him. More likely, he’ll be found guilty of only a few of them, and he could possibly plea bargain down to lesser offenses.

Because he has citizenship in three countries and no significant ties binding him to the United States, Jacob was deemed a flight risk at his hearing and was denied bail. Judge Karen S. Crawford also found that Campos had “a disdain and unwillingness to comply with U.S. laws.”

Jacob Burrell Campos appears to be a young man with a healthy distrust of traditional financial bodies and governments. On his social media accounts, he has often posted comments critical and suspicious of top-down political programs, and his messages have a strong libertarian bent. He seems to be a natural supporter of crypto-currency, which makes it understandable that he would try to bring this technology to as many people as possible by selling it with a modest surcharge.

Jacob’s involvement with blockchain projects appears to extend beyond just trading them though. His Facebook page says that he’s a programmer for Edge Wallet, an app that lets users manage multiple digital coins from a single interface with one set of account credentials.

While Jacob may have acted inappropriately and even idiotically by engaging in such a large volume of crypto transactions without following the correct procedures, we feel that the feds are being overly harsh in charging him with such serious crimes. The Justice Department contends that he “’blew a giant hole’ through the legal framework of U.S. anti-money laundering laws by soliciting and introducing into the U.S. banking system close to $1 million in unregulated cash.”

However, $1 million seems like chump change to us in the overall scheme of things. In 2017, the U.S. government spent $3.98 trillion, running a deficit of $665 billion in the process. $1 million by comparison is more like the annual expenditures of a small-town public library or the revenue of a Mom-and-Pop cash-based business. How such a trivial sum represents “a giant hole” in anything is beyond us.

Clearly, Jacob is at fault for failing to adhere to the law and especially for the boneheaded decision to structure his money transfers. But we believe that the massive fines and lengthy prison time with which he could be penalized are a bit too much for the severity of his missteps.

This entry was posted by admin on October 31, 2018 at 2:45 am, and is filed under EVIDENCE. Follow any responses to this post through RSS 2.0. Both comments and pings are currently closed.