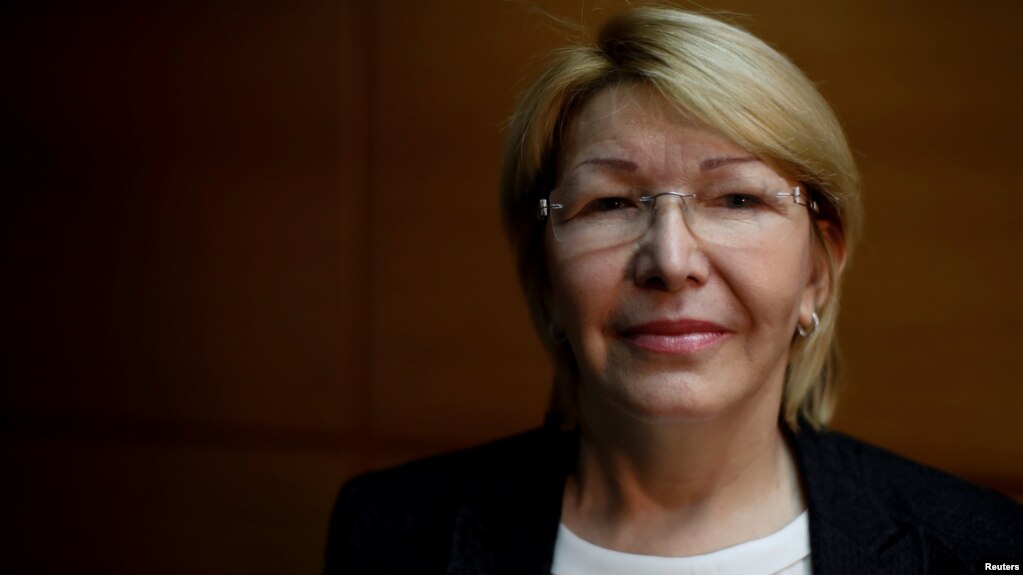 Luisa Marvelia Ortega Díaz is a Venezuelan lawyer. Between December 2007 and August 2017, she served as the Prosecutor General of Venezuela.

Venezuela’s renegade ex-attorney general has said she has given US prosecutors evidence that personally implicates President Nicolás Maduro in criminal activities, bringing the embattled leader closer to criminal charges that could leave his regime in an internationally untenable position.

Speaking at a press conference in Costa Rica, Luisa Ortega, who was removed from her position as Venezuela‘s attorney general after criticizing and pledging to investigate the government, accused Maduro of personally diverting some $8 million to $10 million in cash from the national treasury, reported EFE.

Ortega alleged the transactions were part of a multimillion-dollar corruption scheme involving Maduro and a string of top officials from the ruling party, including two former vice presidents.

The former official also claimed the government has contracted hitmen to murder her in order to put an end to her anti-government crusade, reported AFP.

The latest accusations come a week after Ortega made a series of allegations from Brazil, accusing Maduro of personally profiting from Venezuela‘s food crisis, and claiming she possess documents linking Maduro to a Mexican company that provides products to Venezuela‘s state-sponsored food-distribution program.

She also accused Diosdado Cabello, one of the most powerful political leaders in Venezuela, of taking $100 million in bribes from the scandal plagued Brazilian firm Odebrecht.

While Maduro’s personal legal issues mount, so do those of his family. In the latest twist to the “narco-nephews” case, prosecutors are attempting to link defendants Efraín Campo Flores and Franqui Flores De Freitas, both nephews of Maduro’s wife, to two murders related to the drug trafficking plot for which they were convicted in November 2016.

The pair are now awaiting sentencing, and presentence court documents reference the discovery of photographs of the dismembered bodies of two unknown people, along with texts in which the pair appear to discuss the murders.

The pair’s defense called for the alleged murders not to be taken into account due to insufficient evidence of the two’s involvement.

The criminal allegations against Maduro come at a time when the Venezuelan president continues to ramp up his repression of political opposition.

On August 29, the controversial new government-controlled National Constituent Assembly approved plans to prosecute opposition figures accused of promoting international sanctions against the Venezuelan government as “traitors to the nation” through a new “Decree Against the Financial Blockade and in Defense of the Venezuelan People,” reported El Pais.

Such laws, as well as the violent repression of popular protests and the diversion of power away from opposition dominated congress and towards the assembly, could allow Maduro to cling on to political power despite the backlash against his government.

However, the alleged criminal activities of Maduro and his allies could yet prove a fatal weakness, especially if Luisa Ortega can back up her allegations with hard evidence.

US prosecutors in particular have been investigating links between the Venezuelan government and organized crime and corruption networks for years, and they may reach a point where they have enough evidence to draw up indictments and issue extradition requests for key figures, possibly including Maduro himself.

While Maduro and his allies would be out of reach as long as they remain in power and in Venezuela, being an internationally wanted criminal could have a devastating impact on Venezuela‘s international standing, creating restrictions on access to foreign credit and financial systems, limiting travel for government figures and leaving the government as international diplomatic pariah.

The financial issues could prove especially crippling. Venezuela is already faced with restricted access to foreign credit due to US sanctions and is teetering on the edge of a loan default, while its economy has been ravaged by issues such as inflation, falling production and shortages. A complete break in international financial relations as a result of criminal charges could feasibly push it over the edge.

If Ortega has, as she claims, already begun cooperating with international prosecutors, then she could become the instrument for formalizing the charges against Maduro and therefore triggering such an eventuality. Should this come to pass, it may spell the beginning of the end for the Maduro regime. But the cost to the Venezuelan people in terms of suffering economic hardship and potentially violent political instability could be devastating.

This entry was posted by admin on August 31, 2017 at 2:05 pm, and is filed under EVIDENCE, VENEZUELA - A NARCO STATE. Follow any responses to this post through RSS 2.0. Both comments and pings are currently closed.