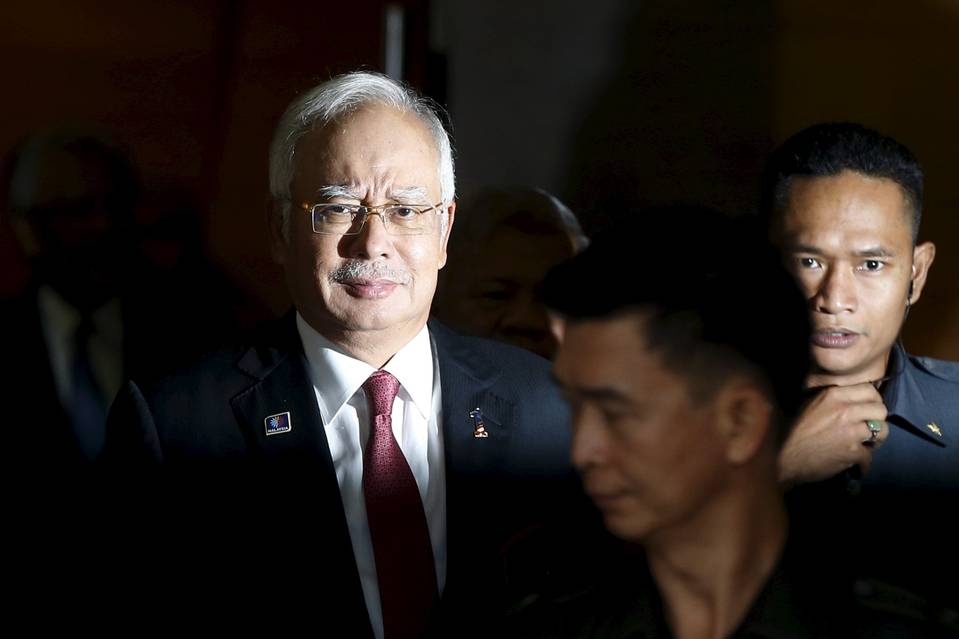 Citing two unnamed people familiar with flows into Najib’s accounts and a person familiar with one overseas investigation, the report said more than $1bn was deposited from 2011 to 2013, far more than the $681m earlier identified.

The paper said global investigators believe much of the $1bn originated with the state fund, known as 1MDB, but did not specify where the extra money came from or what happened to it.

Attorney general Mohamed Apandi Ali cleared Najib in January of any corruption or criminal offences, saying the $681m transferred into Najib’s account was a gift from a member of Saudi Arabia’s royal family and that most of it was returned.

The prime minister’s office had no immediate comment, a spokesman said when contacted by Reuters.

Najib has been buffeted for months by allegations of graft and financial mismanagement at debt-burdened 1MDB and in particular by revelations of the transfer of around $681m into his account in 2013.

He has denied wrongdoing, saying the funds were a legal political donation and he did not take any money for personal gain.

It said investigators in two countries believed funds originated from 1MDB and moved through a complex web of transactions. Najib is chairman of the board of advisors to IMDB, a fund set up in 2009, when he came to office, to invest in projects of national importance.

1MDB has said it has not paid any funds into the personal accounts of the prime minister. A spokesperson for 1MDB declined to comment on the latest report when contacted by Reuters.

Probes into the fund’s finances have been opened in Malaysia, the United States, Switzerland, Hong Kong, Singapore and Abu Dhabi, the Wall Street Journal said.

“I won’t call it Umno anymore, this is Najib’s party. I feel embarrassed that I am associated with a party that is seen as supporting corruption – it had caused me to feel ashamed,” Mahathir told reporters.

Communications minister Salleh Said Keruak said in a blog that if Mahathir wanted to continue to attack Umno “then he should do so outside Umno”.

Ibrahim Suffian from Merdeka Center, an independent opinion polling firm, said Mahathir’s exit will have limited short-term impact on Umno. “But in the longer term, he may create problems by taking his stage to the larger Malaysian electorate,” he said.

But he said he would set up a “core group” to work on removing the prime minister, adding that with opposition parties, “we only agree on one thing – that is to get rid of Najib”.

Najib has been tightening his grip over Umno, amid growing calls by detractors in the party, and the opposition, for him to step down over allegations of graft at 1MDB and revelations of transfers into his bank account.

This entry was posted by admin on March 1, 2016 at 12:04 pm, and is filed under EVIDENCE. Follow any responses to this post through RSS 2.0. Both comments and pings are currently closed.