Queens-born investment banker Spiro Edward Germenis, 37, who vanished after cheating investors out of at least $8 million in a massive Ponzi scheme.

In October 2006, he left his New York-area home, telling his family he was going to a baseball game. Instead, he drove to JFK Airport, hopped a flight to Greece and has not been heard from since, authorities said. 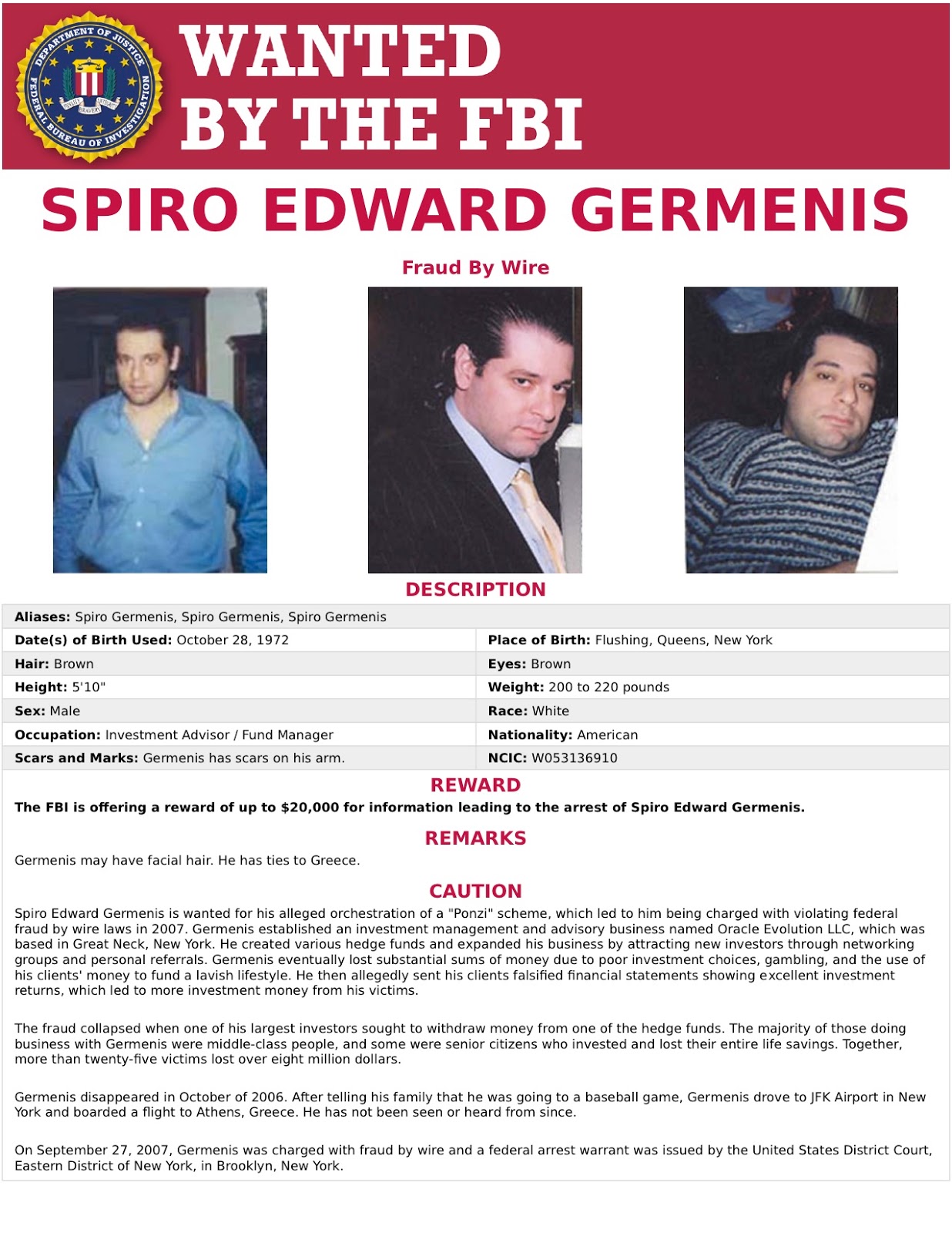 This entry was posted by admin on October 31, 2019 at 2:45 pm, and is filed under EVIDENCE. Follow any responses to this post through RSS 2.0. Both comments and pings are currently closed.